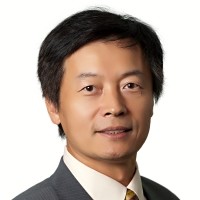 Dr. S. Joe Qin obtained his B.S. and M.S. degrees in Automatic Control from Tsinghua University in Beijing, China, in 1984 and 1987, respectively, and his Ph.D. degree in Chemical Engineering from University of Maryland at College Park in 1992. He began his professional career in 1992 as a principal engineer at Emerson Process Management, a subsidiary of Emerson Electric, to work on advanced process control. After having developed two advanced control products, he joined the University of Texas at Austin as an assistant professor in 1995. He was promoted to associate professor and professor in 2000 and 2003, respectively, and was the holder of the Paul D. and Betty Robertson Meek and American Petrofina Foundation Centennial Professorship in Chemical Engineering until 2007. From 2007 to 2019 he was the Fluor Professor at the Viterbi School of Engineering of the University of Southern California. He was co-director the Texas-Wisconsin-California Control Consortium (TWCCC) where he was Co-PI for 24 years to conduct research on industry-sponsored projects. His research has directly impacted around 50 corporations who have been members of the Consortium. He is currently Chair Professor of Data Science at the City University of Hong Kong.

He is a recipient of the National Science Foundation CAREER Award, the 2011 Northrop Grumman Best Teaching award at Viterbi School of Engineering, the DuPont Young Professor Award, Halliburton/Brown & Root Young Faculty Excellence Award, NSF-China Outstanding Young Investigator Award, and recipient of the IFAC Best Paper Prize for a model predictive control survey paper published in Control Engineering Practice. He served as Senior Editor of Journal of Process Control, Editor of Control Engineering Practice, Member of the Editorial Board for Journal of Chemometrics, and Associate Editor for several other journals.

[Summary of Publications and Presentations]